I started to worry that there was something different in me when I was about 9 or 10 and other girls at school had started to be interested in boys. I had zero interest in boys, far preferred girls in every way, but could not cope with any of the implications of that so I just blocked it out. 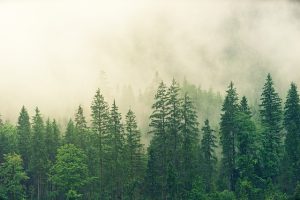 As I started to approach my teens, nothing much had changed in that respect, so I decided it was time to start faking it. I started to date boys but, try as I might, I couldn’t find a way to make myself feel anything for them so, after a few dates, it would peter out or I’d just end it.

I was completely faking what I felt about these boys, so the only way I could understand the world was if everybody else was faking it, too. All the girls would talk, like I would, about how great their boyfriends were, they’d cry when they split up, and I mimicked what I saw. We were all pretending to have romantic feelings for these men.

We were all pretending, right?

Turns out, no. But it would take me quite a long time to figure out why.

The first reason I couldn’t connect with the men I was dating was that I was actually gay. This came as a shock to very few people but coming out was still a difficult and frightening time. But suddenly, I could flirt with girls, have sex with girls, and never again sit awkwardly in the cinema next to a boy I barely cared about.

This is what had been missing!

I felt like everything fell into place. It explained why I hadn’t been able to date boys successfully, and why I didn’t care much about romantic relationships.

I was having a great time. So I ignored that that same pattern hadn’t completely disappeared. I’d start to date someone in the hope that I would develop feelings, that wouldn’t happen, so I’d end the relationship. Surely I’d moved on from that?

Then I fell in love. Truly, madly, deeply. A woman I’d met through university had something magical about her and I fell hard. We had what had been, at that time, my longest relationship and when we split up, my heart tore in two.

It looked like nobody else was faking it. Just me. And now I’d had a glimpse of actual romantic love, I had no idea what to do next.

The answer to that was: nothing. I dated on and off, never really feeling much, but I had lost interest in pretending, so I was doing it less and less. The pressure I had felt at school and uni to always have a partner or an interest in someone was winding down, and so I spent longer and longer periods of time single.

I am happy in my own company, and stopping trying to make somebody else slot into my little life took a lot of stress away. I felt I could socialise without having to always be ‘on the lookout’ for someone, and as my friends increasingly paired up, I settled down on my own.

Oops, I did it again 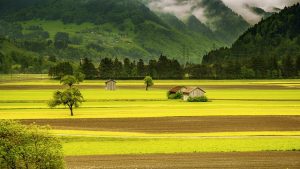 Then I fell in love again. This was the second time of two times in my life! We were together for four years and it was mostly great. Then the last few months were terrible and difficult so I ended the relationship, for both of our sakes. With her, I wanted to spend time with her (and time alone), and romantic feelings made sense to me.

But since that relationship ended, I have remained in the space of having hookups rather than dates, and not even looking for a relationship.

I’m single and I’m fine with that.

So when I came across the word aromantic, which is to romantic feelings what asexual is to sexual feelings, I quickly realised it might describe me really quite well. Apart from those two times when I accidentally fell for somebody for real, I have never dreamt of my wedding day, and I have never cried into a glass of wine, wishing I was with someone on Valentine’s Day.

I feel good about this discovery – like less of a freak – and that it has completed my understanding of my lifelong belief that everybody fakes romantic relationships! Sometimes, having a name for something means finding others in a similar position, and sometimes it means putting your past and future into order with a new understanding of your behaviours and emotions.

Being both aro and gay is not that unusual. Not being asexual at the same time is a bit less common. But it’s not all about the numbers, and we don’t need identical situations to relate to and support each other.

Learning about aromanticism has helped me to realise that there is nothing wrong with me if I’m not bothered if I’m single for the rest of my life. This website will be dedicated to learning more and sharing it here so that others will hopefully not have to get to the age of 40 before they understand this about themselves.